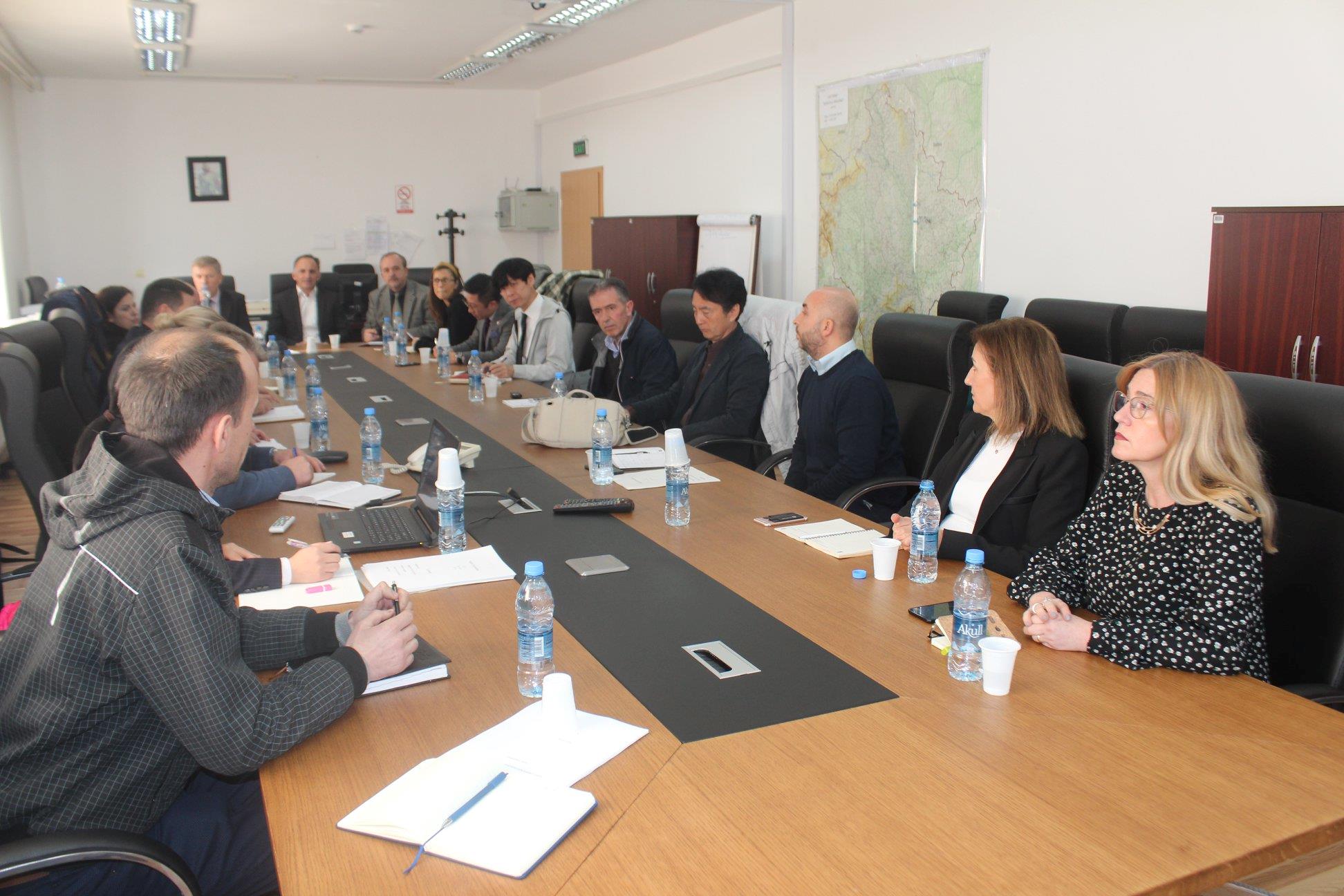 Today in AME, the Japanese Agency for International Cooperation - JICA has presented two projects that will be implemented in Kosovo in the next five years. The planned projects to be developed are the Mountain Fire Early Warning System and Ecosystem Based Disaster Risk Reduction, where Hiroshi Nakata, Senior Advisor at JICA presented these projects to the representatives of AME, officials of the Forest Agency Kosovo, representatives from UNDP as well as other institutional representatives at the central and local level. In this meeting it was foreseen that within 10 days a visit will be made to the locations that have been hit by natural disasters in Kosovo, such as: Restelic village that was hit by a snow avalanche, Dragash area by mountain fires and municipalities hit by winds in particular the municipality of Istog. After the realization of these visits it is foreseen to prepare the final project and the signing of the agreement for their implementation

On behalf of the General Director, Mr. Kodra, vol. General Director Mr. Avdullahu greeted the participants and thanked the representatives of JICA for these projects and expressed readiness for cooperation, so that Kosovo can increase its capacity to deal with natural and other disasters.