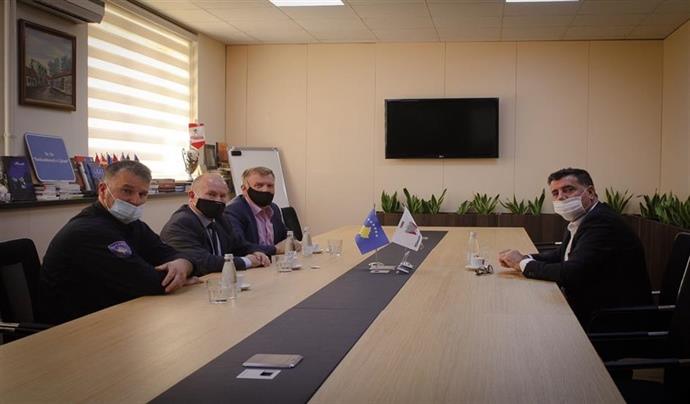 Created on 12/10/2020
On 21.09.2017 in Viti, the works have started on the construction of the building of the Professional Firefighting and Rescue Unit. The cornerstones of this important facility were laid by the Director of the Department of Fire and Rescue, Mr. Miran Demiri from AME and the Mayor of Viti, Mr. Sokol Haliti in the presence of many representatives of local institutions and agencies, the Director of the General Directorate, Kom.NJPZSH and representatives of KFOR as well as participants, other collaborators, citizens and the media. Otherwise, the implementation of this project is planned and will be financed by the annual budget of AME-MIA, while the location and maximum support is provided by the municipality of Viti.
Go back
Facebook WhatsApp Viber