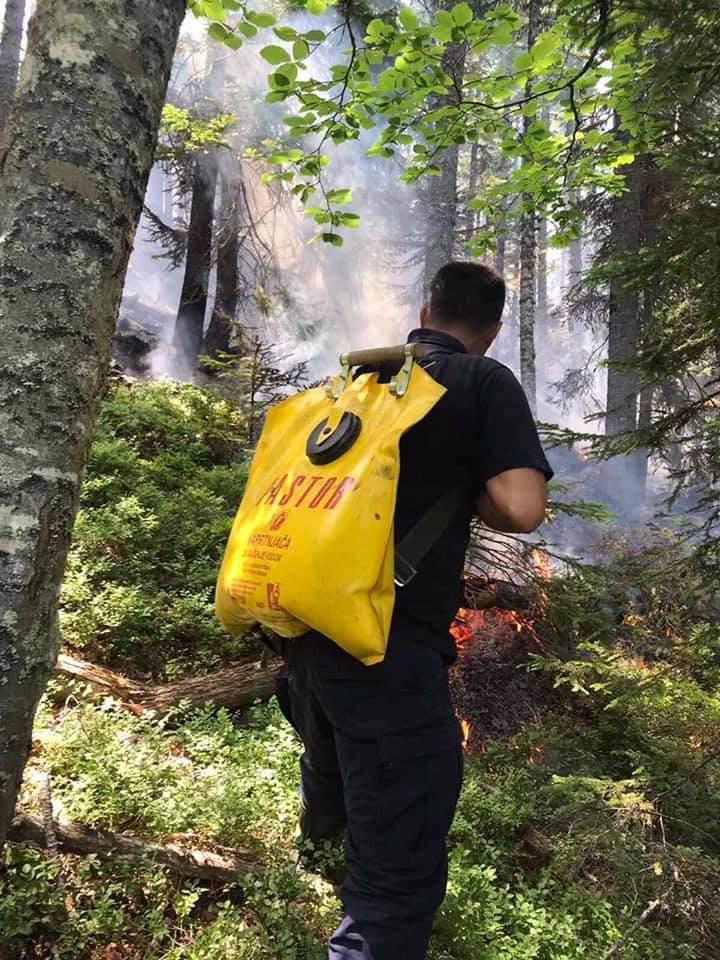 A WILDFIRE HAS ERUPTED AROUND NOON IN SHTUPEQ VILLAGE IN THE ACCURSED MOUNTAINS NATIONAL PARK!

Yesterday afternoon, on 30 July 2021, the EOC (Emergency Operations Center) 112 in Peja reported that it had received information on a wildfire eruption in the abovementioned location. The National Park units had initially responded to the fire, making efforts to put out or bring the fire under control, but had not succeeded. As a result, they sought the help of PROFESSIONAL FIRE AND RESCUE UNITS OF PEJA.

On 30 July 2021, at around 15.00 hrs. in an operation coordinated by the Emergency Management Agency, members of the Professional Fire and Rescue Units (FRU) from the municipalities of the Peja region, including Klina, Istog, Gjakova, Junik and Deçan, arrived at the location under the management and direction of the EMA.

Fire and Rescue Units were present on site also on 31 July 2021, with 23 members from the aforementioned municipalities.

A KSF unit comprising 28 members, 12 officials from the National Park Unit, and members of the Kosovo Police Special Units, were also deployed to respond to the situation, rendering all their capacities available.

Attempts to bring the fire under control proved insufficient, due to, inter alia, the steep terrain and inability to access the area from the ground.

Consequently, under the coordination of the EMA OC (EMA Operational Center), and the MIA OC, a request was filed with the SC KSCS (Situation Center - Kosovo Security Council Secretariat), for assistance with KFOR helicopters.

Assistance was provided by the KFOR JOC (Joint Operation Center), thereby ensuring the temporary containment of the fire until the evening hours of 30th of July.

Today, on 31 July 2021, all abovementioned local capacities have been deployed from the early morning hours, taking action to eliminate the risk of fire reactivation.

Based on a preliminary assessment, it is estimated that up to 50 ha of areas have been caught on fire and damaged.

A final assessment shall be conducted upon full elimination of any risk of fire reactivation.